Read my KEF LS50 Meta review and find out everything about these great speakers.

Today I have tested the new version of the KEF LS50 Meta monitors – the world’s first loudspeakers using acoustic metamaterial. 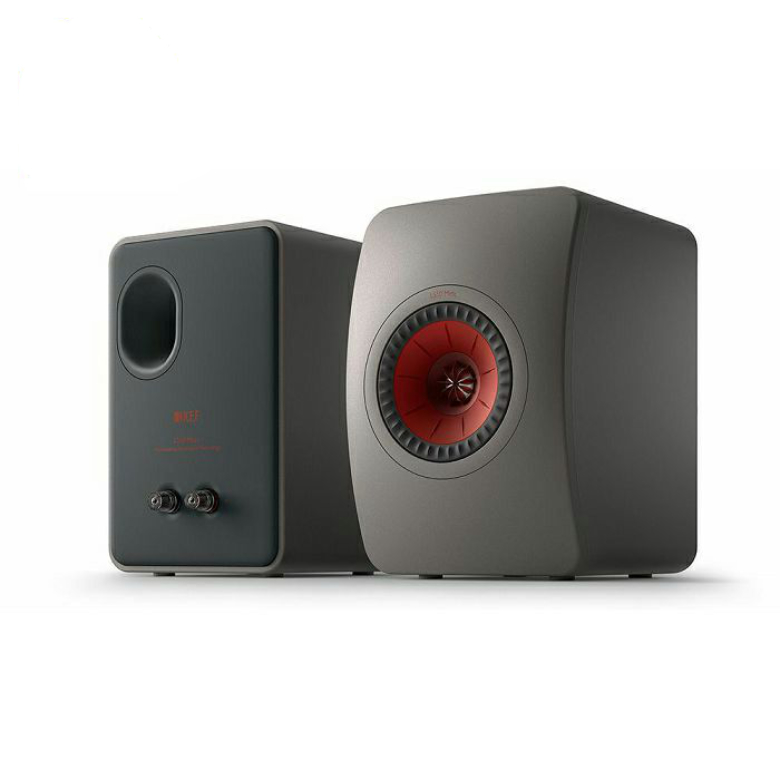 KEF celebrated its 50th anniversary with the construction of the LS50 monitors, which, along with designs such as Muon and Blade, became the showcase of this British brand. Eight years have passed since then, but the “Fifties” are still the apple of the eye of the engineering team led by Jack Oclee-Brown. This project has, for example, a wireless version (Wireless) and the Meta, which has just been launched. Where did this intriguing name come from and what does the new sound like?

You can download the manual here->KEF LS50 Meta Manual

From the outside, not much has changed: the bass-reflex port located in the upper right corner, the middle part of which is made of foam, now has a more oval shape, and holes have been removed from the corners of the rear panel protruding beyond the enclosure. The front remained the same. It is made of a characteristically curved wall made of plastic, in the center of which a Uni-Q (12th generation) loudspeaker is mounted. As intended, this 13 cm unit simulates a point sound source and reproduces most of the acoustic spectrum.

In its center, there is a metal dome, surrounded by the Tangerine Waveguide – a stationary element made of nine “leaves”, whose task is to ensure wide dispersion. On the other hand, the aluminum-magnesium mid-woofer has nine ribs that eliminate standing waves and, as a result, shift mechanical resonances beyond the working area. Similar to the original LS50, the speaker received a specific Z-FLEX suspension (the part that touches the diaphragm is flat so that the speaker smoothly “passes” into the front panel), the purpose of which is to minimize diffraction.

The key changes in the new version of the “fifty” concern the Uni-Q unit, but we will not see them from the outside. The most important is related to the use of the so-called acoustic metamaterial, developed by the Chinese company Acoustic Metamaterials Group (AMG). In KEF monitors, the metamaterial (hence the name Meta) took the form of a flat, two-layer ABS plastic disc. It is made up of 30 miniature quarter-wave resonators, each tuned to a different frequency. 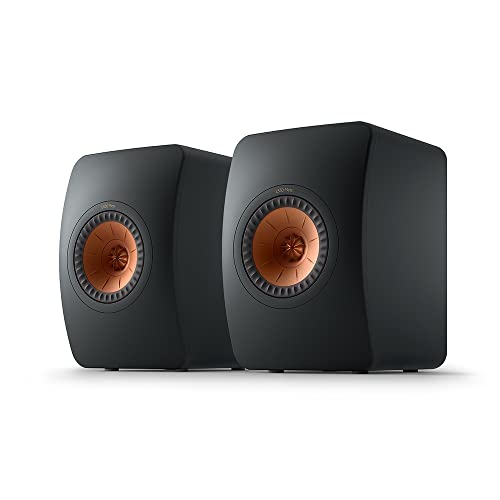 The task of this element with a labyrinthine system of narrow channels is to optimize the working conditions of the tweeter, specifically to suppress the sound wave radiated by the back of the dome. The other changes within the Uni-Q loudspeaker were somehow forced by the use of the MAT system. They include, among others modification of the tweeter’s magnetic system, strengthening of the collar supporting the dome’s suspension, or a higher shorting ring in the magnetic system of the mid-woofer. All changes were reflected in the new, redesigned crossover, which (as before) was separated into two plates and made of high-quality components. 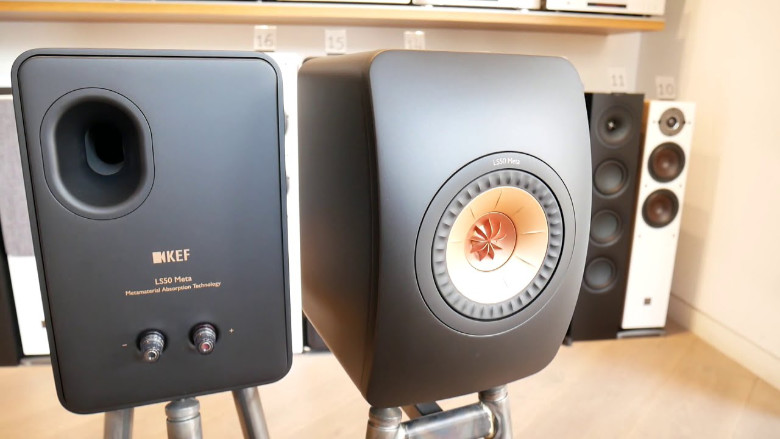 Although the MDF housing itself has not changed, its design is still impressive. Attention is drawn to the strong damping of the interior with foam and the cross-reinforcement in the form of two plates intersecting at right angles with openings allowing airflow, supporting the Uni-Q loudspeaker, combined with the walls by means of an elastic mass. There is no doubt that each of the solutions used in this project has been thoroughly thought out, trying to fulfill one goal – acoustic optimization of the entire structure.

One of the first things that I noticed was the natural timbre and the extraordinary homogeneity of the new KEF’s sound at different points/places in the room. When I got up from the sofa or walked around it, I could not hear any color changes. Such favorable directional characteristics are ensured by Uni-Q units that act as point sound sources. This naturally affects the perception of the stage – the coherence of the sound is so good that it forms a kind of continuum in which something like a single loudspeaker does not seem to exist. 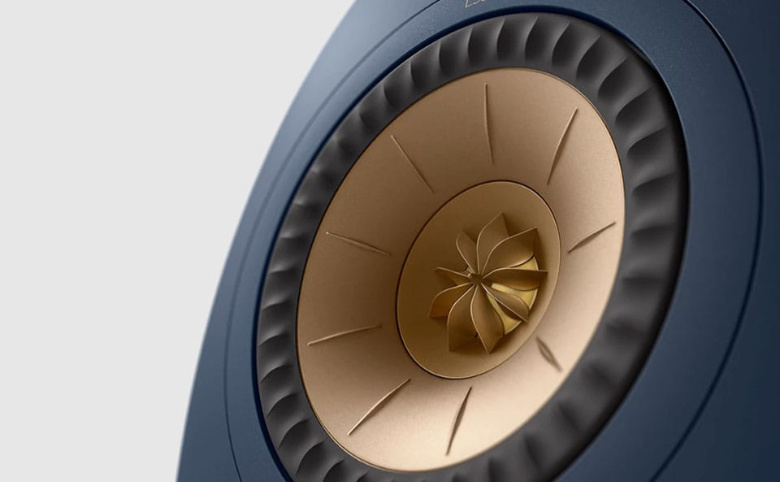 The LS50 Meta perfectly conveys the midrange, reproducing the full, realistic decay of the instruments. The midrange is natural, free from harsh or dry sounds. This is undoubtedly the merit of the well-filled lower sub-range in this part of the band. It is true that initially in some recordings (e.g. Lunatic Soul from the album “Through Shaded Woods”, FLAC 24/44.1) the sound of the middle registers was accompanied by a slight haze, and muffled timbre, but after clogging the bass reflexes (see later) the impression is disappeared. Especially jazz recordings (eg the album Ivan Kapec 5tet “Crta”; FLAC 24/96) revealed an extraordinary openness, directness of the mid-range, and the energy located there.

The new KEFs also perfectly reproduce vocals, which was confirmed by listening to the album “Looking Walking Being” by Aga Zaryan (FLAC 16/44.1). Of course, you will need the right electronics for this, but as the combination with the Audiolab Play 6000A streaming amplifier showed, it does not have to be expensive. In such a minimalist system (it was complemented by the great Tellurium Q Blue II speaker cables), the LS50 Meta surprised me, especially with its “engaging” space and microdynamics meticulousness of mid and high tones. 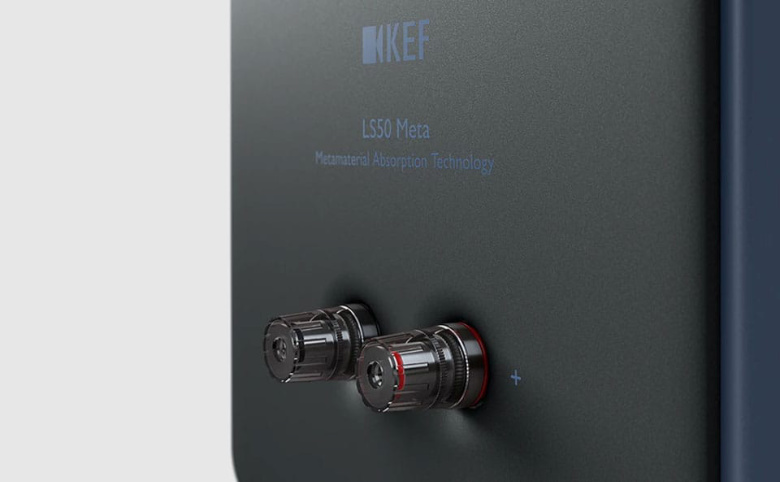 KEF LS50 Meta back side view

Does the LS50 Meta have any weaknesses? In my opinion, the bass is a less convincing element of the presentation. The fact that the low tones do not extend too low in the case of small monitors is no surprise, but their soft nature and the lack of a hard attack will not appeal to everyone. BR ports seem to be responsible for this state of affairs. Plugging the holes with the two-piece sponge plugs that came with the kits has proved to be of great help. It is true that the perceptible volume of the sound lost a bit, but the bass clearly gained value, rhythm, and contour. 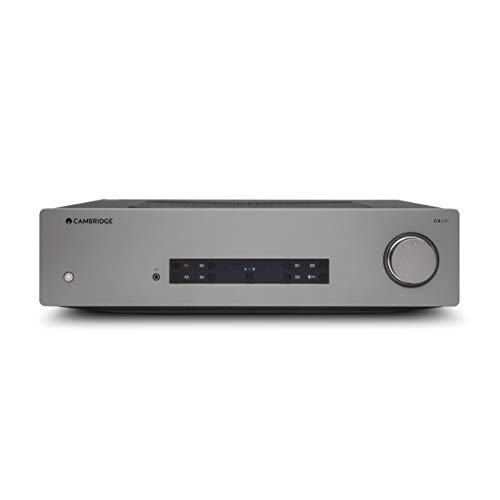 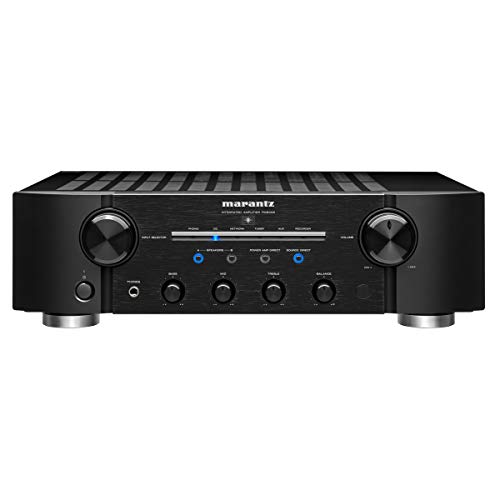 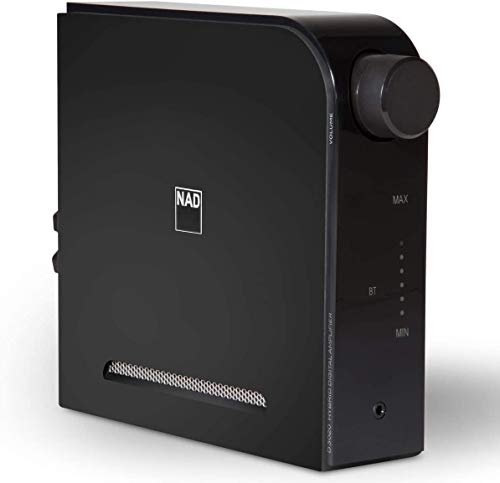 The effect turned out to be so good that the plugs were left in the ports until the end of the listening session. Thus, the KEFs sounded closer to my ATC SCM 7 monitors (closed housings), equaling their transparency and surpassing them in terms of creating spatial phenomena. It is worth noting that the manufacturer of the LS50 Meta predicted that under certain conditions, a better solution may not be the complete clogging of the BR holes, but the possibility of reducing them (by removing the plugs). The trade-off then is that the bass will lose a bit of abundance, but will gain in hardness and speed, which seems quite reasonable. On the other hand, with the ports open, I did not notice any particular slowdown in the bass, rather the already mentioned lack of hardening of the attack resulted in a loss of precision.

Joining the midrange together with the treble is perfect. Both of these ranges sound like one – this is where the “continuum” I mentioned earlier hides. One of the reasons for this (except, of course, the Uni-Q) is the tuning of the tweeter. It does not dazzle with ultra-precision, such as the whistles of the 705 Signature B&W monitors. The highs of the KEFs are clean and detailed in the mid/lower sub-range and at the same time more economical in the highest sub-range, and therefore not as illuminated and “volatile” as in the Bowers. The accuracy of the treble does not go hand in hand with the clinical – such an effect can be called physiological.

I have already mentioned the sound stage – it is one of the most important advantages of the LS 50 Meta. In a room with an area of ​​about 14 square meters, it gave the impression of being “accurate” – it begins clearly in front of and ended clearly behind the speakers, and the reproduction of depth and planes was very suggestive. Not only does its size turn out to be convincing, but also, as befits high-class monitors, its precision.

In the beginning, I mentioned the favorable directional characteristics of the transducers used. It is true, but it is also true that it is worthwhile to carefully set the new “50s”. The height of the stands is important (in relation to the height of the listener’s ears): on the stands 60 cm high, the drivers were placed lower than my ears; raising them by 10cm gave a clearly better effect in the form of more open treble and better focusing of virtual sources. On the other hand, tightening the speakers at an angle of 45 degrees in such a way that I could see (at a very small angle) the internal walls of the cabinets from the listening position, allowed me to obtain an even more suggestive space. In a word, it is worth paying attention to details.

Really great speakers just melt away, leaving you with just the music. The primal voice, the perfectly executed layers of instruments that you can get lost in, sound so clear that it’s as if the artist is right there with you. This is what great speakers with the best technology can provide.

The KEF LS50 Meta are without a doubt the best bookshelf speakers I've heard so far in this price category, and most likely the best speakers of this size that currently exist. I will dare to say that they are acoustically more impressive than most floor standers in the category up to $1500. Just as the original LS50 served as a reference in its class for eight years, the LS50 Meta will be a speaker that others will try to get as close to as possible. And whether they will succeed in that - only time will tell.
Get it now

KEF's Uni-Q designs tend to image well by their very nature, and these speakers are no different. The LS50 Meta generates an expansive and tightly focused soundstage where the instruments are layered convincingly. We're also impressed by the image's stability when the music gets demanding.

How loud are KEF LS50 Meta?

On the subject of listening volumes and 86db being loud... Yes, that is a fairly loud volume, but just as we discuss power in power amplifiers, 86db is average, which means that some sounds will be louder, and that means that it's possible to push speakers into distortion for brief passages.

Where are KEF LS50 Meta made?

'Designed and engineered in the UK, Made in China' was written on the serial number panels on the speakers' bases. 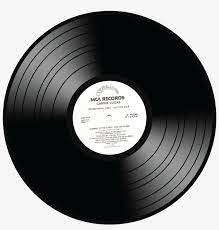